What Regiment are you applying for?: 501st


Why do you want to be a commander of this regiment? (5 sentence minimum): I have been apart of this regiment for just a little over 2 months now and i have seen it in many stages of development. I want to help this battalion to thrive and be one of the best battalions in the server, I believe the knowledge I have to bring to the table from past experiances will help me do that. I've always wanted to help the battalion a lot and being commander is one of the best ways to do it. The battalion as it stands and is set up has a lot of potential and I believe that I can push it that way to reach its full potential. I want to be able to take it the direction that it needs to go  and for people to want to come to the 501st and see it for its ability to get the job done when its given a task.


What does your Regiment specialize in? (5 sentence minimum): The main specialty of the 501st Battalion is front line attack. Being the tip of the spear for the main force in operations putting down a large base of fire and punch a hole through droid lines. There are many subspecialties as well, such as Carnivore as a mechanized portion with ATTEs and working with the main force to support an advance to push through. as well as the ability for Anti armour with rockets to take out enemy armour and juggs with z-6 rotary blasters to take out as many enemies as possible. Then the marine element is everything in between such as takeing on enemies from a range or using their turrets to set another gun to take out enemies, also using it to assist in CQB operations as well. Overall the main focus of the battalion is to move forward and do anything to lkeep the operation moving in a forward motion. If the 501st is moving bakwards than they aren't doing their jobs correctly.


How much game time do you have on the server?:


Provide some lore of your Regiment: (Give detail, explain each piece provided): The 501st was alead by Jedi General Anakin Skywalker and Captain CC-7567 "Rex", with Padawan Ahsoka Tano joining during the battle of christosis. SOme noteable battles that they took place in were both battles on geonosis, Teth, Kamino, Umbara, and the seige of mandalore. there were many companies of the 501st such as the 332nd which saw action at the seige of mandalore where they captured darth maul just before order 66 and torrent comany which was the main company to be with general skywalker during each battle. The 501st were a major part during order 66 in the seige of the jedi temple eradication most of the jedi present. During the empire they were darth vaders main battalion and were used on the battle of hoth and endor.

Why should we trust you to be a commander? (Give detail, share your experience, tell us why you are the best fit): I have been the lead of a battalion before, a few years ago in a previous server i lead the 91st Recon battalion as a captain and on that server we were on of the most active there,  I lead that for almost a year i believe, as well as being a high NCO in the medical battalion of another server. I am not new to leading by any means, I have been an NCO and lead in the battalion for a lot of the time that I have been here as well and I want to help further in the progression of the battalion and its members. I have a lot of expieriance in training as well as tactics involving large groups and small groups as well and can help further progression of the battalions subdivisions as well and honing the skills of their specialties. I also have a lot of experiance leading in games out side of Gmod such as arma 3, mount and blade warband, GTA V RP. I have delt with a pleathora of issues in each game when it comes to people and problem solving to make it a better place.


How often can you be Online?: i cannot guarentee everyday ingame, although i am active on discord fairly often. I have a full time job as a firefighter and i work 2 days, 48 hours, and am off 4 and currently going to paramedic school 8-5 on 2 of the days off with 12 hour shifts for school related things that are sporatic.


Do you have any Warnings? (What for?): none

I'm glad to see more than one person apply for the job of 501st commander, but you are lacking in available time for the server. I appreciate that you are a firefighter, but for the sake of the battalion I would prefer someone else.

The position has been filled. Thanks for applying! 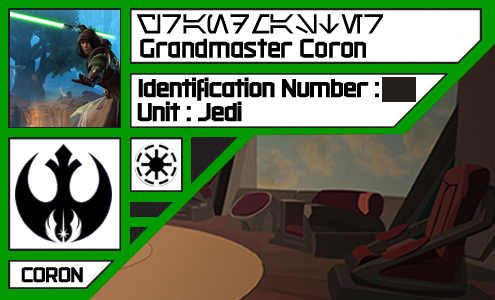 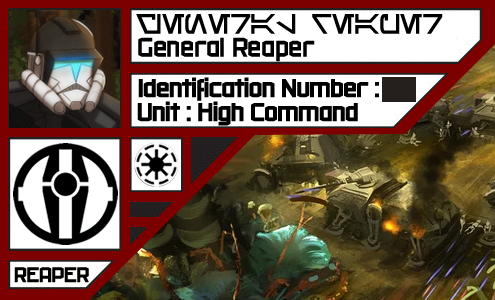