What Regiment are you applying for?: 21st Galactic Marines (Nova Corps)


Why do you want to be a commander of this regiment? (5 sentence minimum): I’ve been on this current run of SGN since the start, minus a few absences here and there, and have had aspirations to command. Although I never followed through because I was always concerned about my activity. I have always been an overall positive influence on the troopers I served with or led within battalions and have been trusted to be the Co-Leader of the shock battalion once upon a time. The 21st may not be my favorite battalion but it has shown to be the favorite of many and has even grown on me. The precedent that has been set within the 21st already is unique and special to this server and I want to preserve its quality for those who enjoy this server. I want to make the 21st the best that I can, doing this will give the players that want a more serious battalion what they want. As a Commander, I would be able to bring out the best of a support battalion not only having the ability to lead troopers in my battalion but able to lead the others when their command isn't around. I would love for 21st to be approachable by the other battalions for joint training and overall a good atmosphere. The 21st Battalion under my command would only continue to prosper to be the great battalion it is already looking to be.


What does your Regiment specialize in? (5 sentence minimum): 21st primarily are trained to perform excellently in the worst environments conceivable, with this the 21st went on missions not a lot of regiments would survive doing. The Nova Core was able to siege planets or completely take over a ship by themselves this alone shows the quality and standard the 21st were as troopers. The 21st Galactic Marine squadrons stationed here on Anaxes perform an even more vital role in combat by supporting the other regiments with their specialties in heavy weaponry and medical utility. The 21st are here to provide aid and relieve stress off the main battalions but that does not mean they have no full-frontal assault capabilities either. Keller’s Unit was an elite group within the 21st, commanded by clone commander “Keller”, these troopers were trained to perform at a level that excels expectations of a normal 21st trooper, they don’t disappoint.


Provide some lore of your Regiment: (Give detail, explain each piece provided): The Galactic Marines served the GAR as part of the 4th Sector Armoy commanded by 1138 “Bacara” and Jedi General Ki-Adi-Mundi. The 21st Nova Corps were deployed in 19 BBY to the battle of Mygeeto and tasked with breaking through the Confederacy strongholds and did so effectively. 21st Nova Corps are some of the most conditioned and disciplined troopers and not only were they some of the most disciplined they were outfitted for some of the most hazardous environments and accomplished many missions that most troopers couldn't dream of doing. The Jedi General of the 21st Ki-Adi-Mundi was a great leader for the Nova Corps and helped them reach greatness in multiple operations. As I briefly mentioned before of the specialty units in the Nova Corp was “Keller’s Unit”, Clone Commander Keller was an amazing clone on the battlefield and as a leader, Keller’s unit was sent to the planet of Toola to eliminate the Confederacy forces on the planet and were able to destroy the Confederacy's main generators with help of some Jedi Padawans.

Why should we trust you to be a commander? (Give detail, share your experience, and tell us why you are the best fit): I've been apart of this server longer than most and have even climbed the ranks over the course of 8 months to reach Major within the Shock battalion. A feat not many have had the privellage to reach in any other battalion let alone one like the CG's. I have been trusted to Co-Lead a battalion as well as lead mulitiple squads into battle. Even after leaving shock my Experiences in 5th Fleet Security, RC and 442nd, provided new leading and learning opportunities. I feel that even now while I am a LCPL within the 21st I am still learning and growing from the Shock Major I was just a couple months prior. I really do enjoy this server and couldn't Imagine spending my days anywhere else, the friends I've made here and the fact that I cant go 5 seconds without someone recognizing me Is really special and having the opportunity to lead some of these great people would be the greatest honor imaginable. I really do enjoy this server and I hope i get my chance to be a Commander to help grow the community even more.  Thank you <3


How often can you be Online?: I can be on anywhere from 6-10 hours a day 5-6 days a week. (more than likely will be more but Its always great to have limits to decrease the chance of a burn out)

+1, I have known blackjack for almost half a year now and he has a really great ability to lead, he was a good leader as xo of shock back in the day and I know he would be a great commander for the 21st.

Former Captain Jak in the 212th

I know blackjack can do the job very well, I have worked with him when I was commander and he always did a great job as the captain of shock. There is no doubt in my mind he would run the 21st very well. 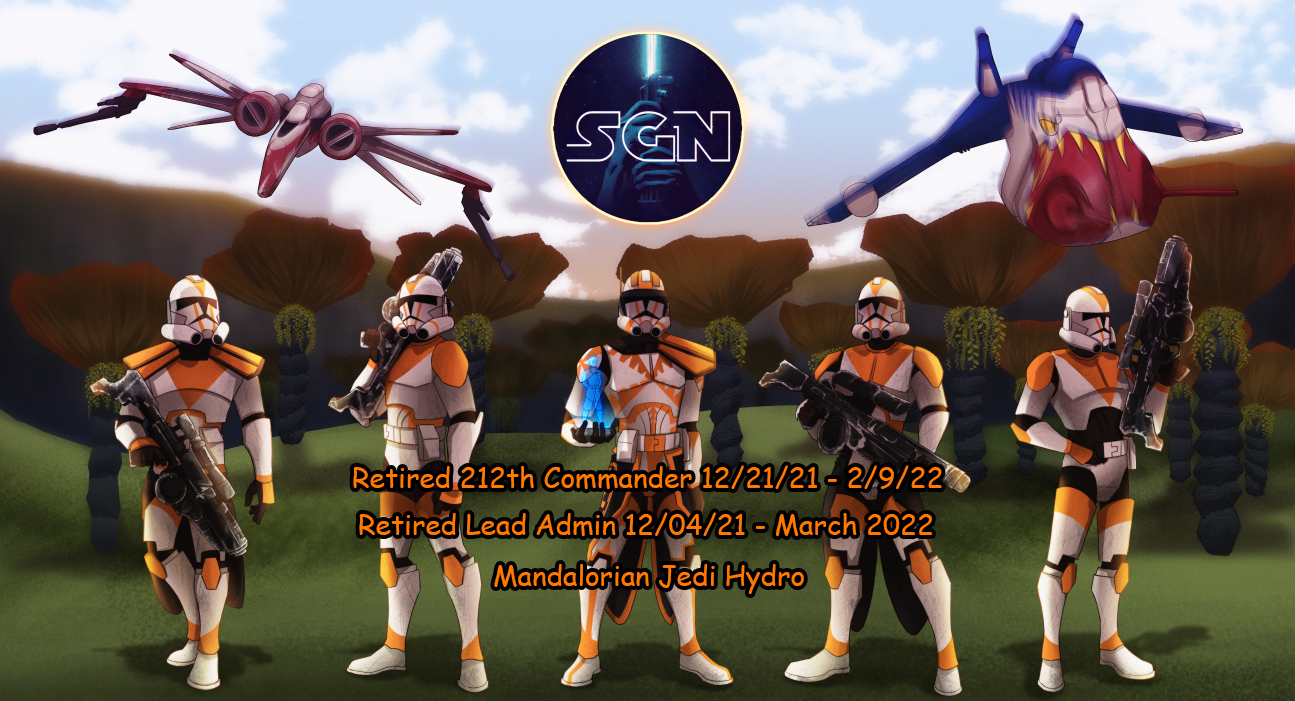